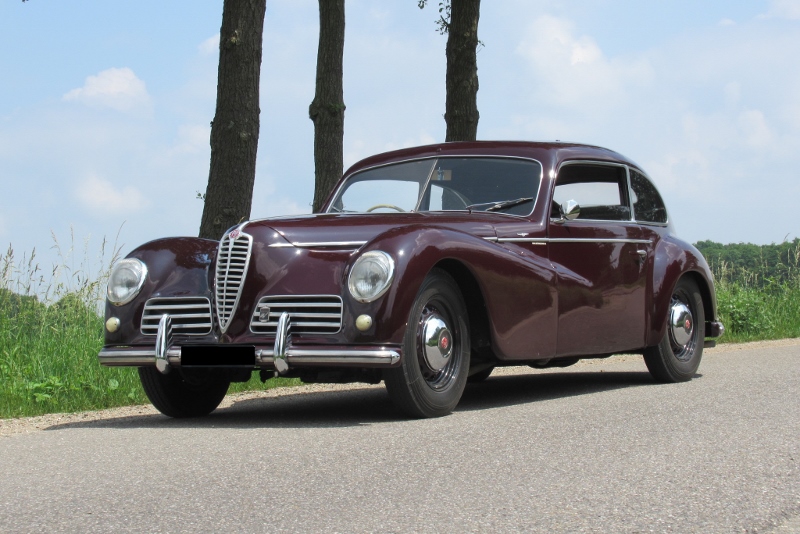 The Alfa Romeo 6C name was used on road, race, and sports cars produced between 1927 and 1954 by Alfa Romeo; the "6C" name refers to the six cylinders of the car's straight-six engine. Bodies for these cars were made by coachbuilders such as James Young, Zagato, Touring Superleggera, Castagna, and Pinin Farina. Beginning in 1933 there was also a 6C version with an Alfa factory body, built in Portello. In the early 1920s Vittorio Jano received a commission to create a lightweight, high performance vehicle to replace the Giuseppe Merosi designed RL and RM models. The car was introduced in April 1925 at the Salone dell' Automobile di Milano as the 6C 1500. It was based on Alfa's P2 Grand Prix car, using a single overhead cam 1,487 cc in-line six-cylinder engine, producing 44 horsepower. In 1928 the 1500 Sport was presented, which was the first Alfa Romeo road car with double overhead camshafts.